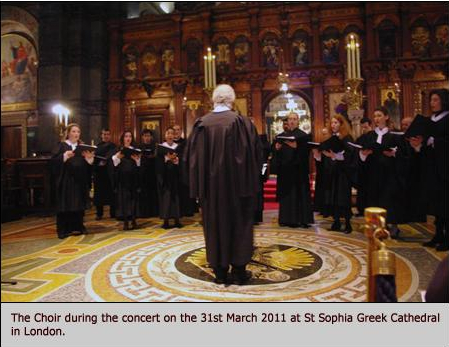 A second very successful period was under the directorship of Ernest Moss who directed the choir between 1940 and 1969.

During this period, especially during the Second World War years, the choir gave many concerts and participated in special services in aid of the Greek Red Cross.

In recent years the choir has appeared on television and has sung at various Orthodox churches within the United Kingdom from Glasgow to Southampton, and also in the Republic of Ireland. 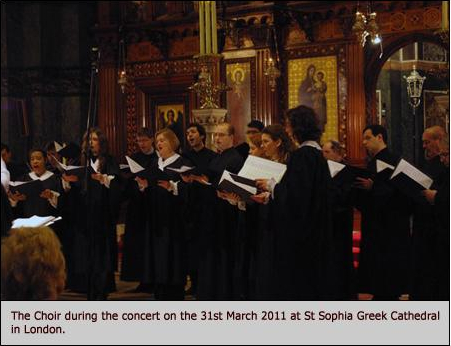 As well as the works on its present recording, the choir's liturgical repertoire primarily consists of the setting of the Divine Liturgy by Themistocles Polycrates in an arrangement for mixed choir by its present director.

A four-part arrangement of a section of the Divine Liturgy, in the minor mode by Ioannis Sakellarides is also sometimes used.

As well as the Cherubic Hymn by Themistocles Polycrates, contained on the present recording, other Cherubic Hymns in the choir's repertoire are by Lomakin, Arkhangelsky, Bortniansky, Tchaikovsky and Lvov. 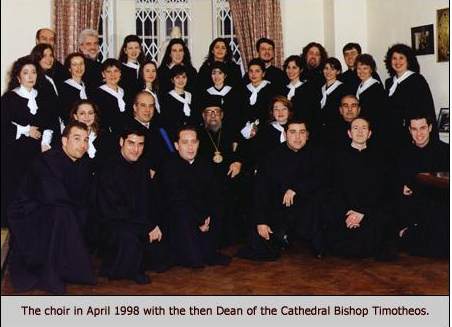 The choir has recorded a CD with a variety of hymns, which you can purchase from the churchwardens. 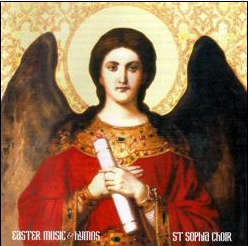 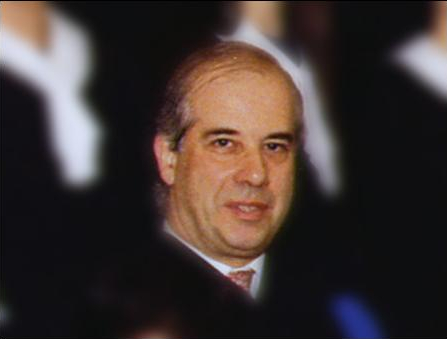 Costas Manoras was born and educated in London and has directed the choir of the Greek Cathedral of St. Sophia since 1983.

He has set and arranged many liturgical hymns in a manner that aims at reinforcing the strength and retaining the character and spiritual quality of the original Byzantine melodies.

He maintains a busy schedule teaching, arranging, performing and directing. 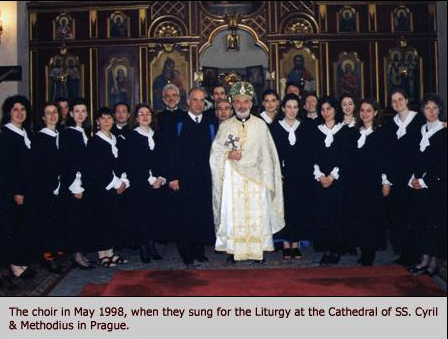 For enquiries about joining the choir please email Mr Manoras at This email address is being protected from spambots. You need JavaScript enabled to view it.