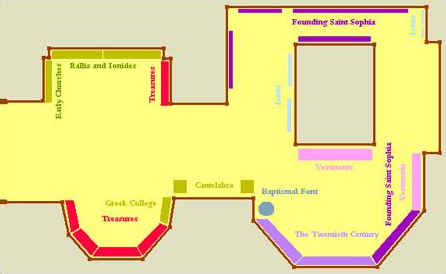 The Treasury lies beneath the sanctuary of the Greek Orthodox Cathedral of the Divine Wisdom.

The space was originally a safe store for church plate and other treasures and in some ways this function continues.

The liturgical objects and other furnishings, collected by the clergy and congregations of consecutive churches, are still used during services and ceremonies.

Works of art, books and documents complement the displays to present the history of the resourceful and flourishing Greek community of London that still has this Church as its point of reference. 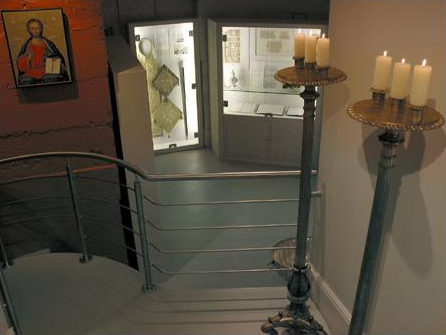 The upper level focuses on liturgical objects and documents, many originally donate to the Church of the Saviour in the City of London(1849-1879).

A niche to the right showcases a selection of highlights.

They are complemented by two displays: on churches before Hagia Sophia and on the Greek College (1870-1884), the first Greek school in Britain.

On the way down the foundation stone of this Church can be seen. It was laid on 18 July 1877 immediately below the altar. Further down a collection of family icons donated over the years is presented.

The lower level traces the history of the Church of Saint (Hagia) Sophia (erected between 1877 and 1879, designed by John Oldrid Scott, elevated into the status of Cathedral in 1922) and of the community around it.

A display focuses on the clergy officiating here.

Finally, three cases house a collection of nineteenth century vestments used in the Churches of the Saviour and of Saint Sophia.

The Treasury is open for the congregation of the Cathedral by appointment.

Created in 2006 through the good offices of Bishop Theodoritos of Nazianzos thanks to a generous donation by the A. G. Leventis Foundation. 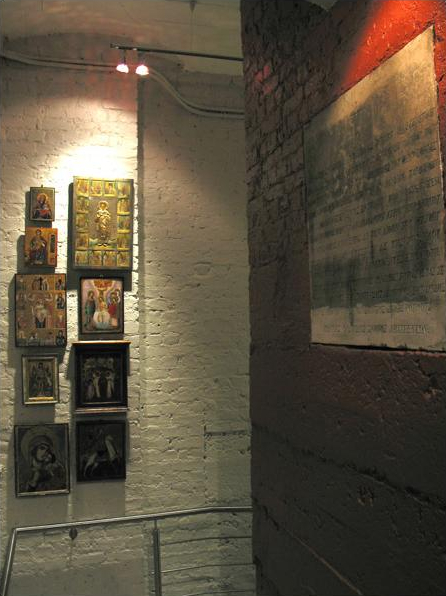 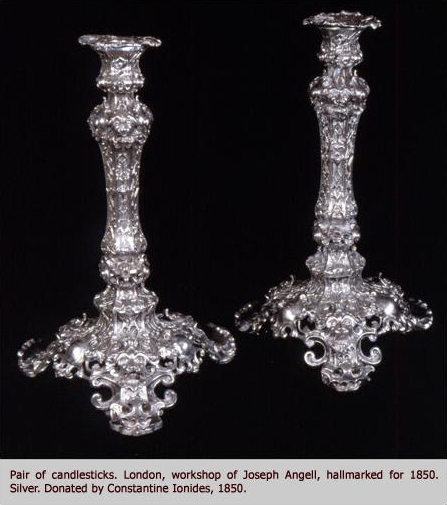 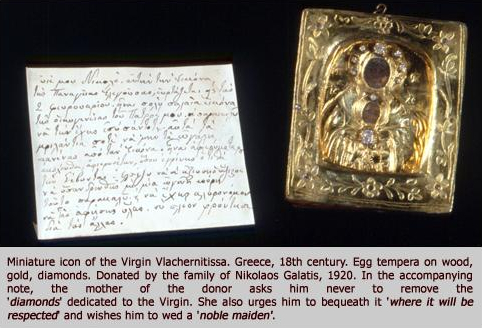 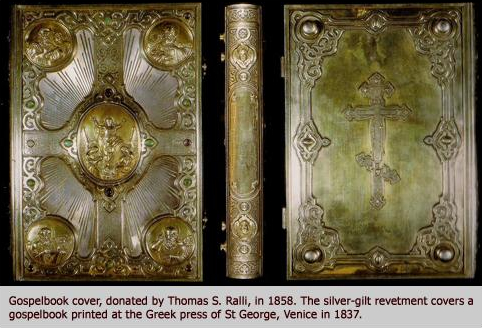